What the word "lespri" means in haitian creole 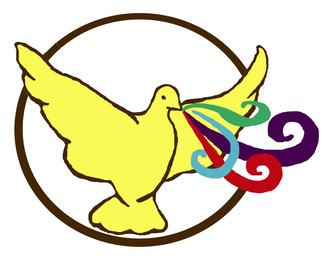 The word "Lespri" means "Spirit" in Haitian Creole. It can also mean other things, being associated with "wisdom" or being a "sage."  If someone describes you as "gen lespri" ("having spirit") in Creole then you are a very wise & intelligent person indeed!

We are called "Lespri Ministries" because we believe that, the lasting work we accomplish in this nation will be done because of and by the Holy Spirit of God. ﻿﻿All﻿﻿ the glory goes to Him as children's lives and communities become transformed through His loving touch through us.

We also believe that the Isaiah 61 passage is meant for the nation of Haiti.
We believe that this passage illustrates the Lord's heart for this nation,
and we work towards seeing this realized:

"The Spirit of the Lord God is upon me,
Because the Lord has anointed me,
To bring good news to the afflicted;
He has sent me to bind up the brokenhearted,
To proclaim liberty to captives,
And freedom to prisoners;
To proclaim the favorable year of the Lord...
To comfort all who mourn,
To grant those who mourn in Zion,
Giving them a garland instead of ashes,
The oil of gladness instead of mourning,
The mantle of praise instead of a spirit of fainting.
So they will be called oaks of righteousness,
The planting of the Lord, that He may be glorified.
Then they will rebuild the ancient ruins,
They will raise up the former devastations;
And they will repair the ruined cities,
The desolations of many generations.
Strangers will stand and pasture your flocks,
And foreigners will be your farmers and your vinedressers.
But you will be called the priests of the Lord;
You will be spoken of as ministers of our God.
You will eat the wealth of nations,
And in their riches you will boast.
Instead of your shame you will have a double portion,
And instead of humiliation they will shout for joy over their portion.
Therefore they will possess a double portion in their land,
Everlasting joy will be theirs."
Isaiah 61:1-7 NASU